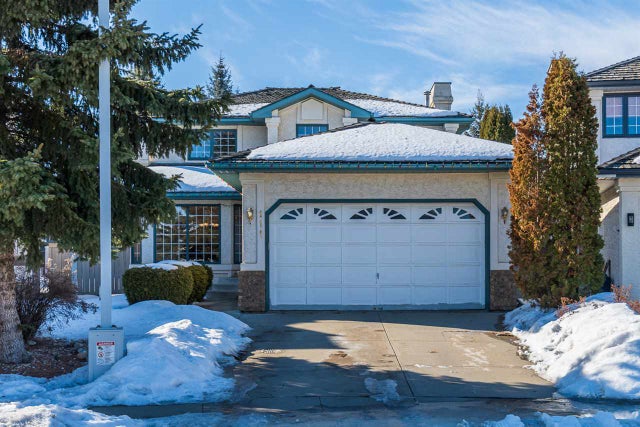 Located within the Riverbend plan area, the Carter Crest neighbourhood is bound by Terwillegar Drive on the west, Rabbit Hill Road on the north and northeast and a private power corporation right-of-way to the south.

Nearly all of the residential construction in Carter Crest was completed in the 1990s. The general topography of the Carter Crest planning area is characterized by gently undulating plain largely the result of deposits that once formed the bed of glacial Lake Edmonton. Prior to urban development, the land was used for agricultural purposes. Carter Crest was designed to integrate seamlessly with surrounding residential areas, and to provide an attractive community for its residents. More about Carter Crest...

Access to and from the community is provided by arterial roads on its borders but the interior loops and cul-de-sacs road pattern is designed to limit the negative impacts of traffic within the residential areas. The neighbourhood features a combination of low and medium density residential units, but single-detached housing does comprise the majority of units.

Carter Crest is named after Robert I. Carter (1858-1931) who was a Canadian government agent who advised Americans on their immigration prospects to Canada. After numerous trips to Edmonton from his home in Ohio he purchased a farm in what is now Terwillegar Park, naming it Riverside Farm. Carter moved to Strathcona in 1910, but his sons continued to farm the land until 1946. Carter was very active in Strathcona political affairs, serving on the council for rural residents, acting as the president of the Conservation Association of Strathcona, and a member of the Masonic Order. Carter returned to the United States, (to California) with his wife, in 1923.